In no particular order, the following pictures are some of the parts and projects produced in the CNC Zone. 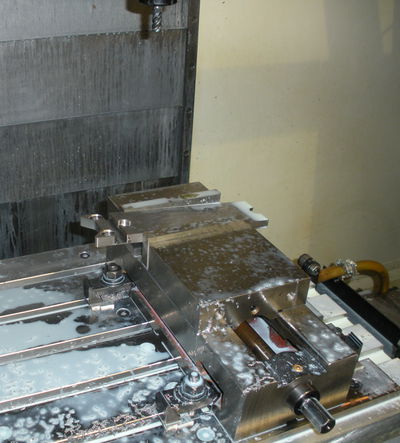 The part being cut is a small clamp. The stock is being help in the vise at a 5 degree angle. This is being cut on the HAAS VF3. 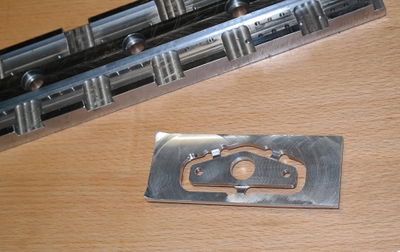 The plate in the bottom left corner of the photo is the shifter plate. The part is shown just as it come out of the HAAS. To finish the plate, the three tabs / webs need to be cut to free the part from the stock. Then, small amount of filing is done to clean up the tab / web locations. Using tabs in this way makes for easy work holding. 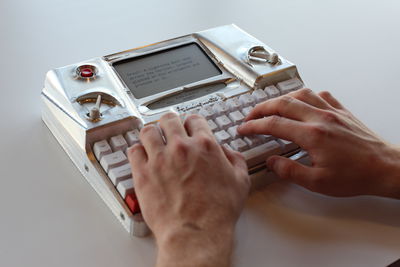 As part of a contest Adam Leeb entered, Adam designed a beautiful aluminum case cut from solid billet. He designed the case in SolidWorks and used a software plugin called HSM to design all the tool paths.

Adam, and his design partner, got invited to New York city as finalist in the contest. The project has since turned into a successful Kickstarter project which (currently) has raised over $320,000 dollars.

There was a Kickstarter called "Sketch Chair" which was software to allow for designing furniture to be cut on a CNC wood router. This chair is the same chair in their Kickstarter.

Here is a link to the chair design: http://www.sketchchair.cc/design/7

The original Kickstarter design was scaled based on the plywood thickness. As a result of using 1/8" plywood, the chair turned out about 2 feet tall. Cool, but useless unless your three yours old. A full size chair (using 1/4" plywood) was also made. 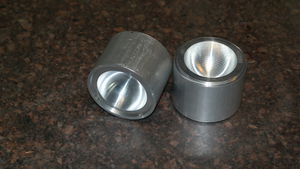 Using SolidWorks + HSM, cut a pair of hemispheres into aluminum. The cavity was cut using a 1/2" and 1/4" ball nose end mill. Total machining time was one hour per hemisphere. The finished mold makes 2" silicon spherical parts by Jim Kemp.

Cooper Vapor made from solid cooper billet! All internal plastic and cooper parts (except magnets) where also made on the HAAS. A small batch of 50 vapors were produced as samples by Patrick George. 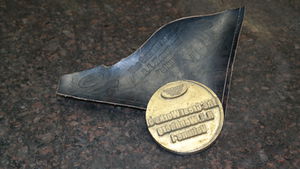 Leather stamp made by engraving into brass round stock. Stamp was used to make a special leather bound book cover by Brain Wennberg. 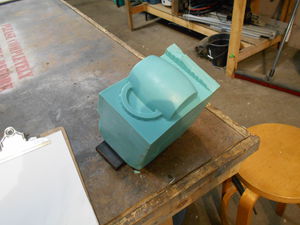 This was a leaning project for Terry Wynn. The goal was to produce both halves of a coffee cup mold using machinable wax. Terry even casts his own wax with internal mounting studs. The studs allowed the wax block to be bolted down to a steel bar that can be seen in the photo. The steel bar was was then clamped in one of the Kurt vices. This allowed the entire block of wax to be machined without having to worry about clamping on the wax.